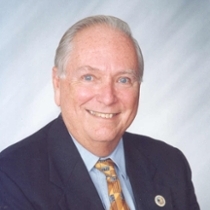 Honorable Norman Edelcup is a Chicago native and graduate of Northwestern University in Evanston, Illinois with a Bachelor’s of Science degree in business administration. He is a founding director of the Marquis Bank, and a board member for three public companies: Valhi, Inc. of Dallas, COMPX International of Dallas and Baron Mutual Funds in New York.