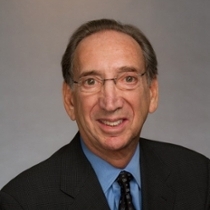 The Honorable Abraham Gerges, now retired, was a New York State Supreme Court judge for twenty years. He presided over numerous high profile criminal and civil cases. Judge Gerges was the former Acting Administrative Judge of both the civil and criminal terms in Kings County Supreme Court. He was the president of the State and City Judges’ Associations, chairman of the New York State Judges Association’s Independence of the Judiciary Committee, and was secretary to the State Trial Judges of the American Bar Association. He was also editor of The Jurist, a state-wide publication, for sixteen years. Prior to that, he was a New York City Councilman for sixteen years, serving under Mayors Beame, Koch, and Dinkins.

Among his many chairmanships in the City Council, his most rewarding assignment was as chairman of the Select Committee on the Homeless. He was also president of the Brooklyn Heights chapter of Bnai Brith and was a member of the Advisory Board of the Bowery Mission. He was the host of a WNYC public radio show called New York’s Alive and Kicking. But what really distinguishes him from his colleagues is his very first career – as a ballroom dancer in the Catskills.