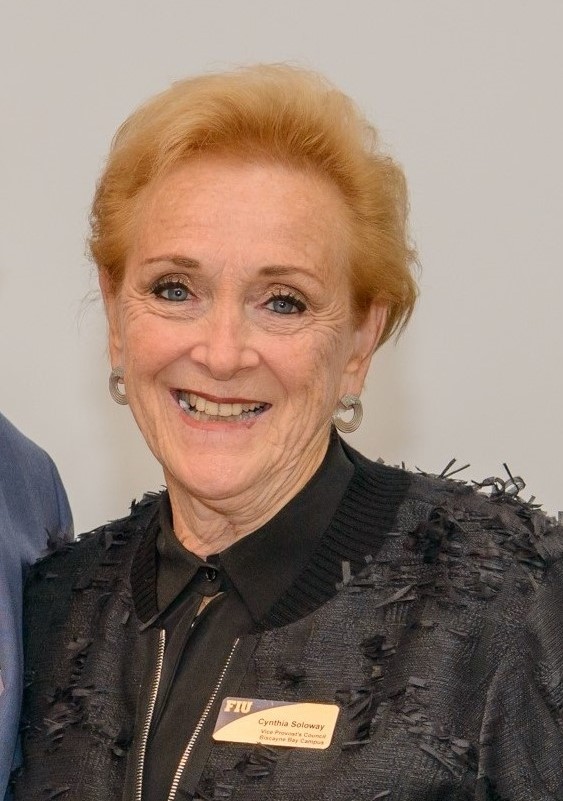 Cindy Soloway graduated with a degree in English and Speech from Northwestern University. After teaching high school English in the inner city schools in Cleveland, Ohio, Ms. Soloway received a master’s degree in psychology from John Carroll University and later worked as a school psychologist in the Beechwood City School System, Beechwood, Ohio. After she and her husband and two children moved to Memphis, Tennessee, she received her MSSW from the University of Tennessee Center for Health Sciences and for one year worked on the spinal cord unit affiliated with the Baptist Hospital. Subsequently Ms. Soloway worked at the Jewish Family Services of Memphis, Tennessee as a psychotherapist with children, adults, couples and families and became one of the first divorce mediators certified in the State of Tennessee. In addition to her role as therapist, Ms. Soloway was the director of the community resettlement program that resettled over 100 families from the Soviet Union. At that same time, she was a part of the National Resettlement Program under the auspices of the Jewish Federations of North America helping to write federal grants to support the successful resettlement of the immigrant families.

Ms. Soloway received her juris doctor degree from the University of Memphis Cecil B. Humphrey School of Law and worked for the National Labor Relations Board until she returned to the field of social work writing federal grants for community social service agencies.

Ms. Soloway moved to Miami, Florida in 1991, and joined the University of Miami Miller School of Medicine as an administrator and research associate until her retirement. Her research on quality of life issues in cancer patients has been published in peer-reviewed journals.

Ms. Soloway has taught as an adjunct professor in the department of Psychology at John Carroll University, Cleveland, Ohio and in the School of Social Work at Barry University, Miami, Florida.

Since moving to Miami, Ms. Soloway has served on the Committee for the Miami Beach Art Festival and the boards of the Miami Beach JCC, the Greater Miami Jewish Federation and the Miami Jewish Film Festival. In addition she is a member of the Vice Provost’s Council of Florida International University-North Campus.